Quote of the month
We cannot solve our problems with the same thinking we used when we created them.
Albert Einstein
1 2 Next » 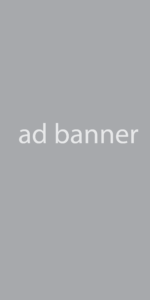 The bill is titled, “Bill for an Act to Alter the Provisions of the Constitution of the Federal Republic of Nigeria, 1999 to Provide Pension for Presiding Officers of the National Assembly; and for Related Matters.”

It was rejected during the voting process at both chambers on Tuesday.

The Senate President who did not state the number of  senators that registered simply said that the bill had failed "conclusively failed."

The House of Representatives also rejected the legislation. While 162 members voted in support of the bill, 163 voted against it. The bill required at least 240 votes to scale through.

Many Nigerians had kicked against the bill as they say Section 84(5) of the Nigerian constitution which guarantees life pension for all former presidents and vice-presidents, already costs about N7.8 billion annually.

A similar bill that seeks immunity for senate presidents, speakers and their deputies, was also rejected. It also sought to provide immunity for judiciary officers.

The bill, which is seeking to confer immunity on the heads of the two chambers and their deputies from prosecution, witnessed a poor number of votes during the voting process.

After much anticipation, the Nigerian Senate on Tuesday passed Bill number 58 which seeks to allow independent candidates to contest for elective positions.

However, a Bill which seeks to provide for the election of Mayor for the Federal Capital Territory was rejected by lawmakers with 62 YES votes.  Seventy three votes were required to pass the Bill.

Also, a Bill seeking to ensure that a person who is a registered voter and resident in the FCT is appointed a Minister representing the FCT also failed to scale through as only 67 Senators voted YES instead of the required 73.

The Upper Chamber however threw out a bill seeking to allow Nigerians in Diaspora to vote during elections. Details shortly....

Culled from The Nation.

Feed has no items.

iNewsZone is a socially responsible company. 10% of our income after taxes goes to support our favourite charities.

© Copyright 2021 inewszone Media
Follows us:
We use cookies on our website to give you the most relevant experience by remembering your preferences and repeat visits. By clicking “Accept All”, you consent to the use of ALL the cookies. However, you may visit "Cookie Settings" to provide a controlled consent.
Cookie SettingsAccept All
Manage consent

This website uses cookies to improve your experience while you navigate through the website. Out of these, the cookies that are categorized as necessary are stored on your browser as they are essential for the working of basic functionalities of the website. We also use third-party cookies that help us analyze and understand how you use this website. These cookies will be stored in your browser only with your consent. You also have the option to opt-out of these cookies. But opting out of some of these cookies may affect your browsing experience.
Necessary Always Enabled
Necessary cookies are absolutely essential for the website to function properly. These cookies ensure basic functionalities and security features of the website, anonymously.
Functional
Functional cookies help to perform certain functionalities like sharing the content of the website on social media platforms, collect feedbacks, and other third-party features.
Performance
Performance cookies are used to understand and analyze the key performance indexes of the website which helps in delivering a better user experience for the visitors.
Analytics
Analytical cookies are used to understand how visitors interact with the website. These cookies help provide information on metrics the number of visitors, bounce rate, traffic source, etc.
Advertisement
Advertisement cookies are used to provide visitors with relevant ads and marketing campaigns. These cookies track visitors across websites and collect information to provide customized ads.
Others
Other uncategorized cookies are those that are being analyzed and have not been classified into a category as yet.
SAVE & ACCEPT